The Next Big Disruption in Video Production

Five Signs that the Industry is Going Fully Virtual

While the video industry seems to be doing just fine with its current digital technology, it is about to experience an irreversible shift in technology once again that will disrupt almost every aspect of the production process as we know it. This is an all too familiar shift for an industry that is just settling in from a similar earth-shaking evolution less than 20 years ago. At that time, it was film cameras that were disrupted by the digital age and it changed the industry for good, but now disruption in the virtual age will be more significant than you could ever imagine.

In the early 2000s, many experts in the industry predicted that digital cameras were a fad and didn’t have the quality required to replace a 50-year-old tradition of film. To their credit, at the time they were right. The fact of the matter was that digital cameras initially had poor quality, were unreliable and modern film cameras had recently seen major promising improvements. However, after just a few years of innovation, the benefits of digital camera systems clearly outweighed film cameras in almost every category and ultimately proved to be a much more efficient solution. Today, we are seeing the early signs that virtual systems will soon disrupt their digital counterparts in the same way. Virtual Production, as we commonly refer to it today, is the process of using large format LED Screens to simulate real-time photorealistic environments as a virtual background, is just the first step in the Virtual Evolution. Here’s how it’s happening… 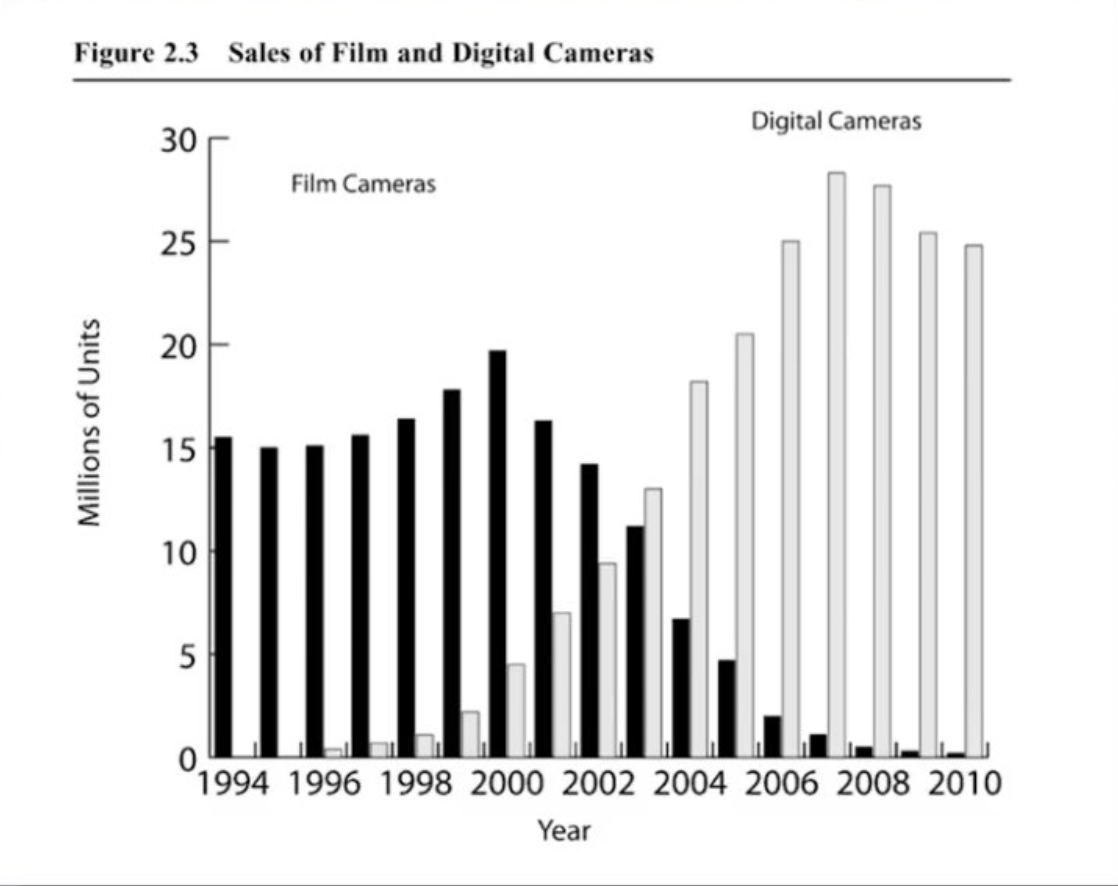 1. Industry Leaders are Endorsing It

For a new technology to truly catch on it needs support from inside the industry. Take LED lights as an example. LED Lighting today has become a standard in studios around the world, but when Chinese manufacturers first introduced LED Lights to the video production industry over 15 years ago, they weren’t even a consideration by the industry. It wasn’t until major manufacturers like Arri, Mole Richardson and KinoFlo started offering LED lights almost 5 years later, that LED lights really caught on.

The lesson we’ve learned time and time again is that in order for an innovation to win over an industry, change must happen from the inside, not the outside. For Virtual Production, the major insider endorsements have already been established through Industry Leaders like Arri and Sony who are not only publicly endorsing Virtual Production as the future they are actively investing hundreds of millions of dollars to create products designed specifically for it. 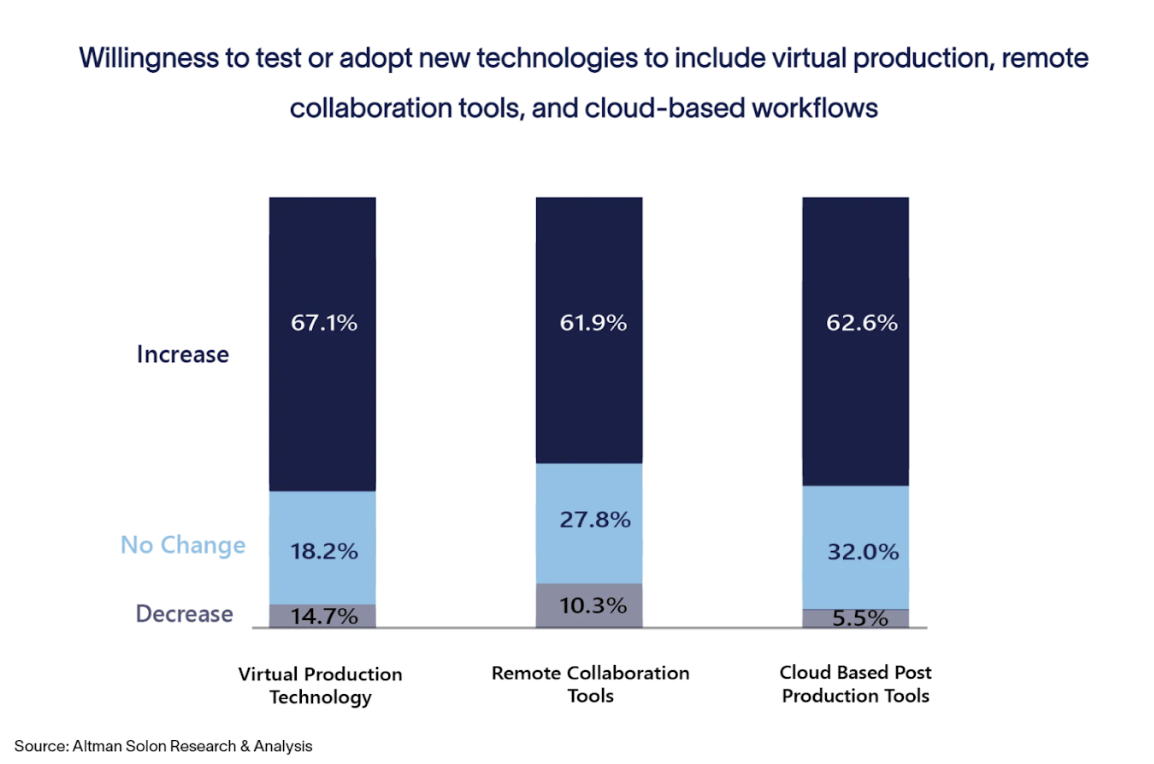 Another important data point is that we are seeing the market adoption rate increasing at an increasing rate. This can be seen in several areas, but the two most significant ones are in the number of productions that are currently being shot in virtual production and the number of virtual production studios being built across the world which has grown over 300% in the last year alone. Even the mention of Virtual Production in industry articles has skyrocketed in the last two years suggesting this is no longer just a technology fad but a growing industry trend. In addition to this, many industry-wide surveys like this adoption sentiment survey below by Altman Solon, suggest the majority of video professionals are open to the adoption of Virtual Production. These numbers are only expected to increase as the industry continues to shift to Virtual Production in the next 18-24 months.

2. We Are Approaching a Tipping Point

Shifting an industry is no easy task though. The new technology coming into the market is facing the forces of gravity as they seek to disrupt mainstream behavior of ‘the old ways of doing things’. According to Geoffrey Moore from “Crossing the Chasm”, the tipping point is the point at which a new technology becomes primed to take over an incumbent technology. This is the point at which the technology is commercially viable, rapidly accessible and the technology adoption begins to penetrate the early majority of an industry market segment.

For many years in the video industry, the broadcast market has been the gatekeeper to accept or reject new technologies. This was certainly the case for 3D which was adopted by many in the feature film market but never got traction in the broadcast market and subsequently didn’t get adoption in the consumer market. Today, we are already seeing major broadcasters like ESPN, FOX, and even the Weather Channel building their own virtual production studios and are proving the effectiveness of this technology in the broadcast sector and hinting toward an approaching tipping point. 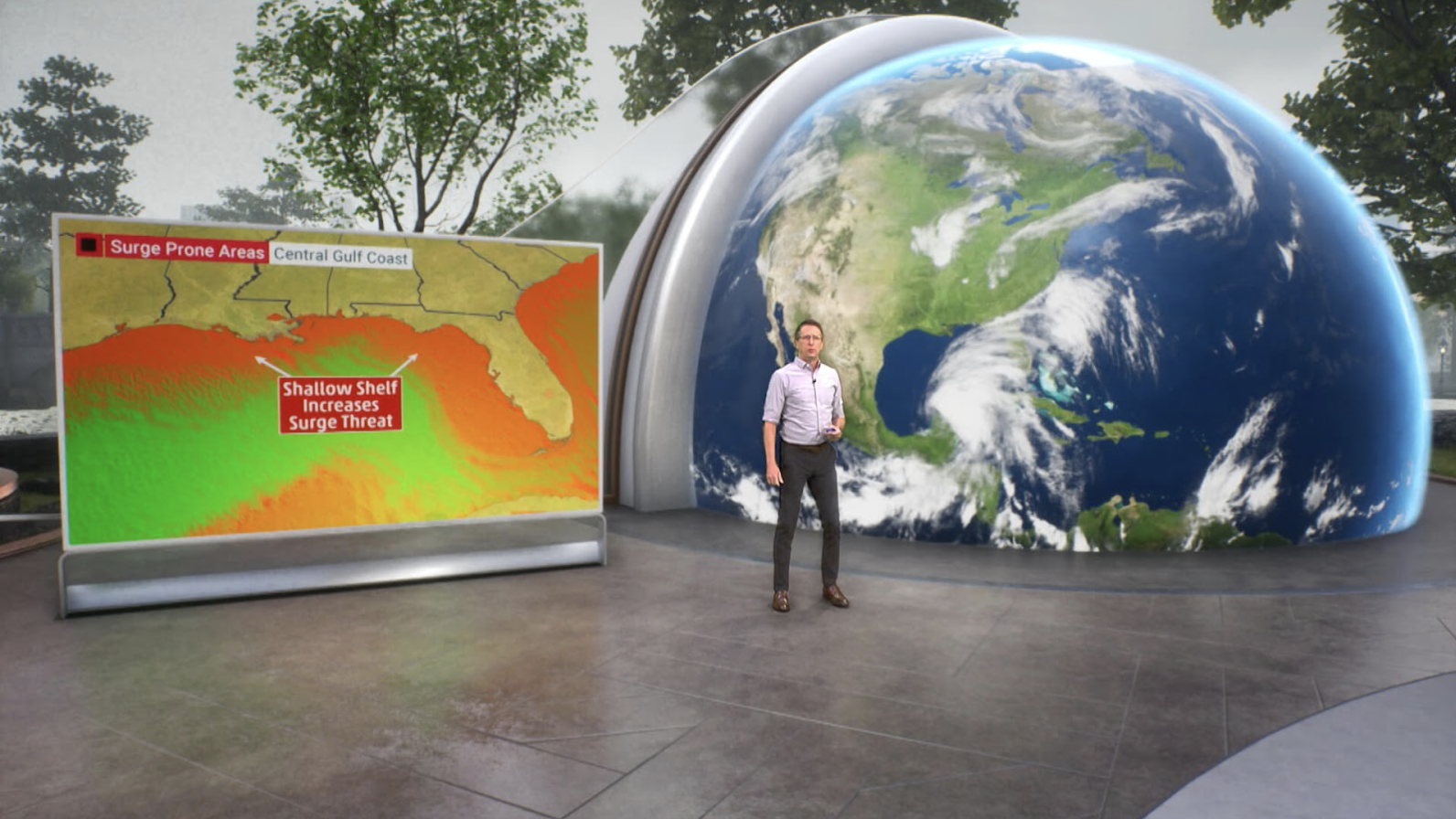 3. Industry Standards Have Started to Form

To go from technically feasible to widely accepted to a real success, every new technology needs standards. One big argument, many critics point to as why Virtual Production hasn’t gone mainstream is the lack of widely accepted standards that are necessary to grow the industry. After all, without a standard way to build virtual environments, manage color settings and operate virtual stages, interoperability will be almost impossible. Simply put, it’s imperative that standards are established in order for a new technology to go mainstream, but where are they? 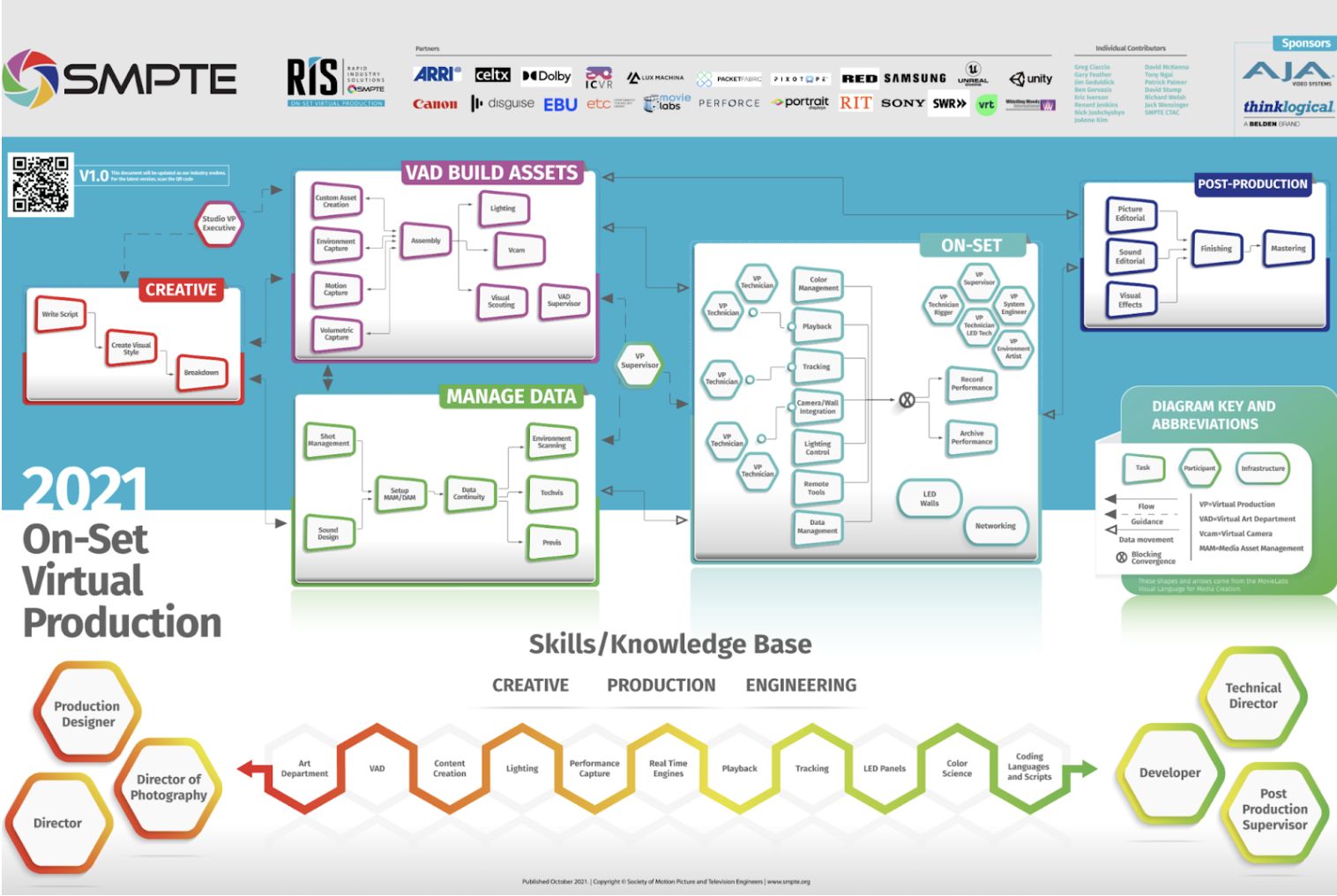 For decades now, SMPTE, the Society of Motion Picture and Television Engineers has been the organizing body for the video industry to set standards for codecs, color science and other important protocols. In the past year, SMPTE has amassed a group of the top 100+ brands and professionals in the video industry to accelerate the creation of standards for Virtual Production. These standards are essential not only for the  industry at large but in order to scale and educate the workforce of the future to support virtual production. However, despite not having these standards in place, it’s estimated that over 50 of the top film universities will be offering courses in Virtual Production in 2023 so the race to set industry-wide standards is in full effect.

4. Innovation and Growth are Happening at an Accelerated Pace

Ultimately, innovation has and always will be a self-fulfilling cycle. If enough studios choose to invest in Virtual Production then manufacturers will be incentivized to build products for them and if companies need talent to operate the technology then education is incentivized to teach virtual production and if all these things exist already then more studios are incentivized to invest in Virtual Production. Several major things in the technology adoption life cycle have to go right for this virtuous loop to work and from all accounts so far, experts say it is already happening. For example, several of the major early adopters in Virtual Studios like Pixomondo, Final Pixel, XR Stage, Orbital Studios, PRG and Vū have not only proven the business model but have all already invested in additional studios to expand their businesses which is a key marker to where the industry will go next.

For example, our company Vū has seen this first hand, starting with just one virtual production studio in Florida in 2021 to now four corporate-owned studios across the US in 2022 and plans to double our expansion in 2023. We’ve had an inside look into the strong demand from enterprise and educational clients who we’ve helped build 11 additional virtual production studios in North America to date. And we've partnered with specialized systems builders like Puget Systems and Mo-Sys in a collaborative effort to drive standardization of virtual production hardware for the industry as a whole. From a company that is on the front lines in Virtual Production day in and day out, we’ve seen the adoption lifecycle unfolding faster than ever before now that virtual production has become more and more popular. As more studios come online we’ve also seen the value of network effects, connecting all of these virtual studios into a single virtual studio network. 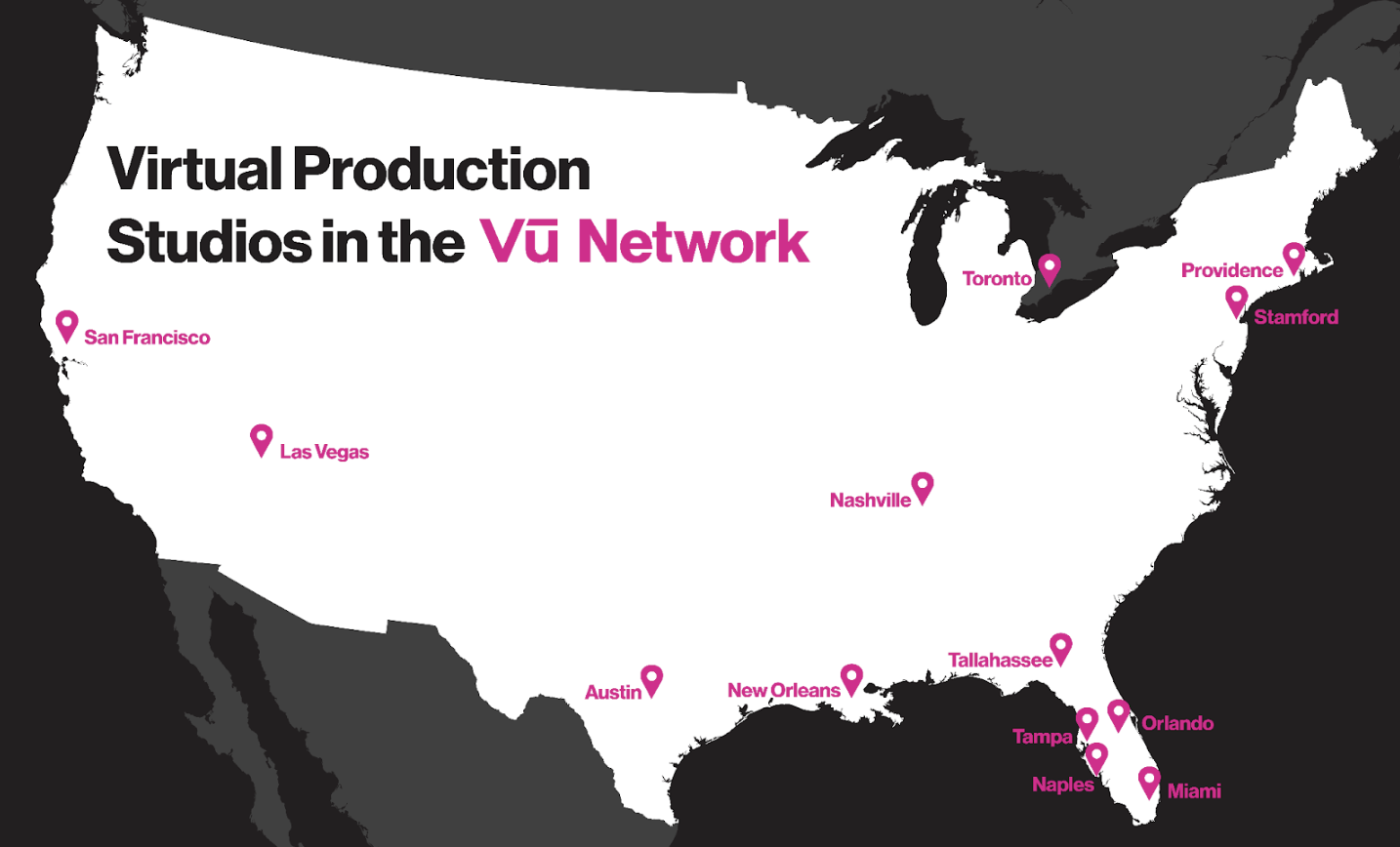 Traditional Studio giants like Disney, Paramount, and Warner Brothers built their empires by creating clusters of physical studios over the years. Having a big campus of studios made productions more efficient and easier to manage by co-locating all the studios’ resources in one spot. However, today the game is fundamentally changing. Work is no longer a place, it's a verb! Instead of investing in a campus of Brick and Mortar studios, our company Vū, along with many others are invested in building a network of Virtual Studios all across North America, allowing for operational and technology standards to exist inside the network and allowing for remote operation, resource pooling and sharing of virtual assets throughout the network. This paradigm shift allows anyone, anywhere to access and work for the studio even without physically being there. 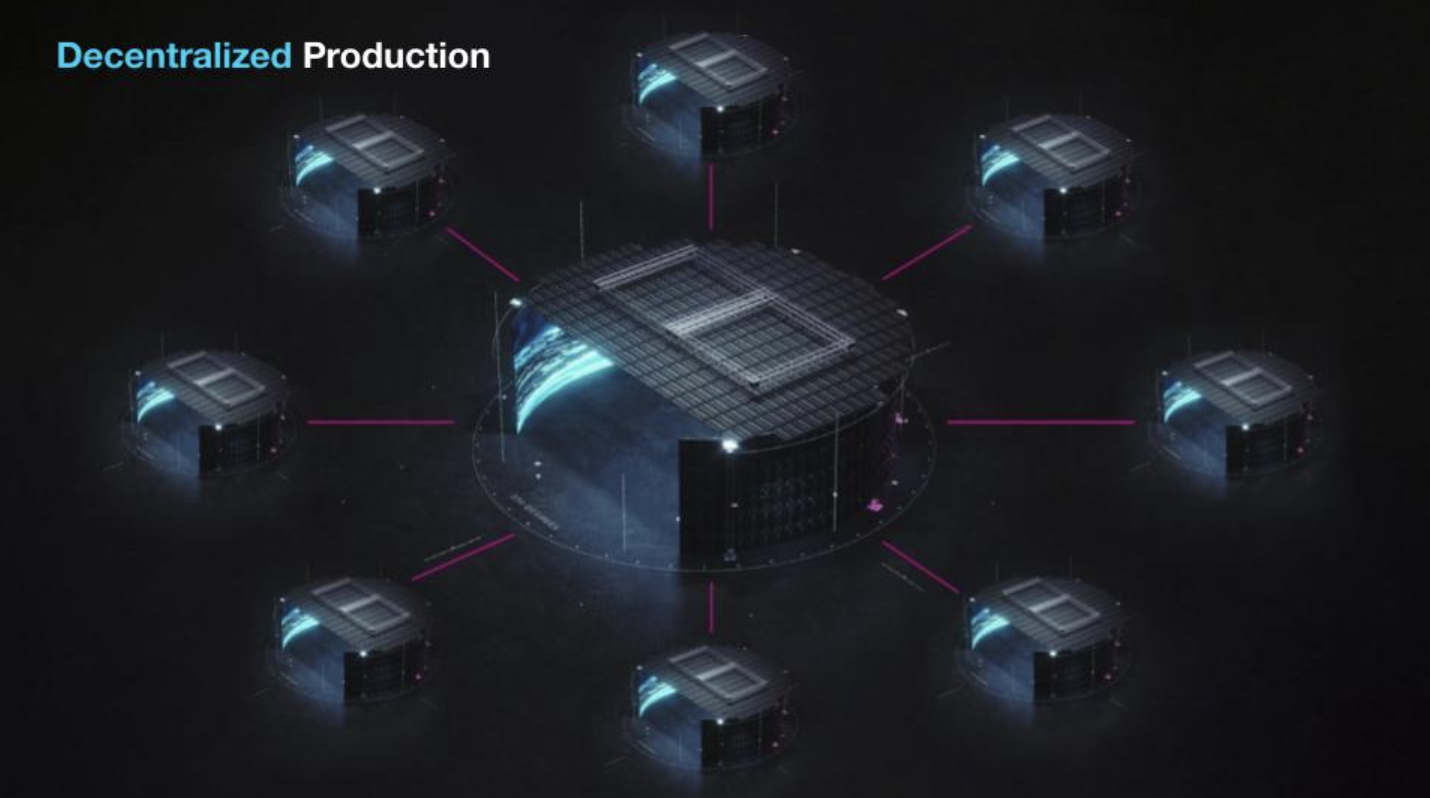 I believe the future of Virtual Production is a Cloud Based Virtual Studio Network that fully dematerializes the entire production process as we know it. That’s right, virtual everything. If it sounds crazy, consider the fact that this has already happened in the early 2000s. When Netflix moved to DVD by Mail they dematerialized the movie rental store business, which made the need for physical stores irrelevant. Then just a few years later, they dematerialized the entire video delivery process by delivering video via streaming. This made even the need for physical media or physical transportation completely irrelevant. In a similar way, a video shoot today requires a ton of physical elements like lights, microphones, cameras, props, etc. but with virtual production, as we currently talk about it we’ve only been able to dematerialize one physical element of the shoot, the location.

The Inevitable Shift to Virtualization

As real-time game engine rendering becomes more and more photorealistic, it’s inevitable that we will soon be able to dematerialize the entire production process allowing us to produce everything virtually in the cloud. Instead of streaming for delivery, think streaming for creation. In the future, the camera will be virtual, the lighting will be virtual, the actors will be virtual and the location will be virtual. It’s safe to say that the virtual production we know today is like DVD by mail in the early 2000s, an interesting transitional innovation but far from what Netflix is today. The next innovation in Virtual Production will be the full virtualization, where we ascend beyond the physical elements that were once required for production, to a fully virtual process for video production that will be rapidly accessible for anyone from anywhere allowing creatives around the world to make content at the speed of thought.

While we are several years away from this reality, it’s a future at Vū that we are working to build every day. In many ways, the future of virtual production is already here and yet on the hand there is so much more from Virtual Production coming our way. What we know for certain is that video production as we know it today will soon be disrupted by its virtual counterpart in the same way it was disrupted by the digital age and the same way it was disrupted in the film age and time and time again before that. Video production is an industry that was built out of technological evolution and will continue to evolve for many years to come! 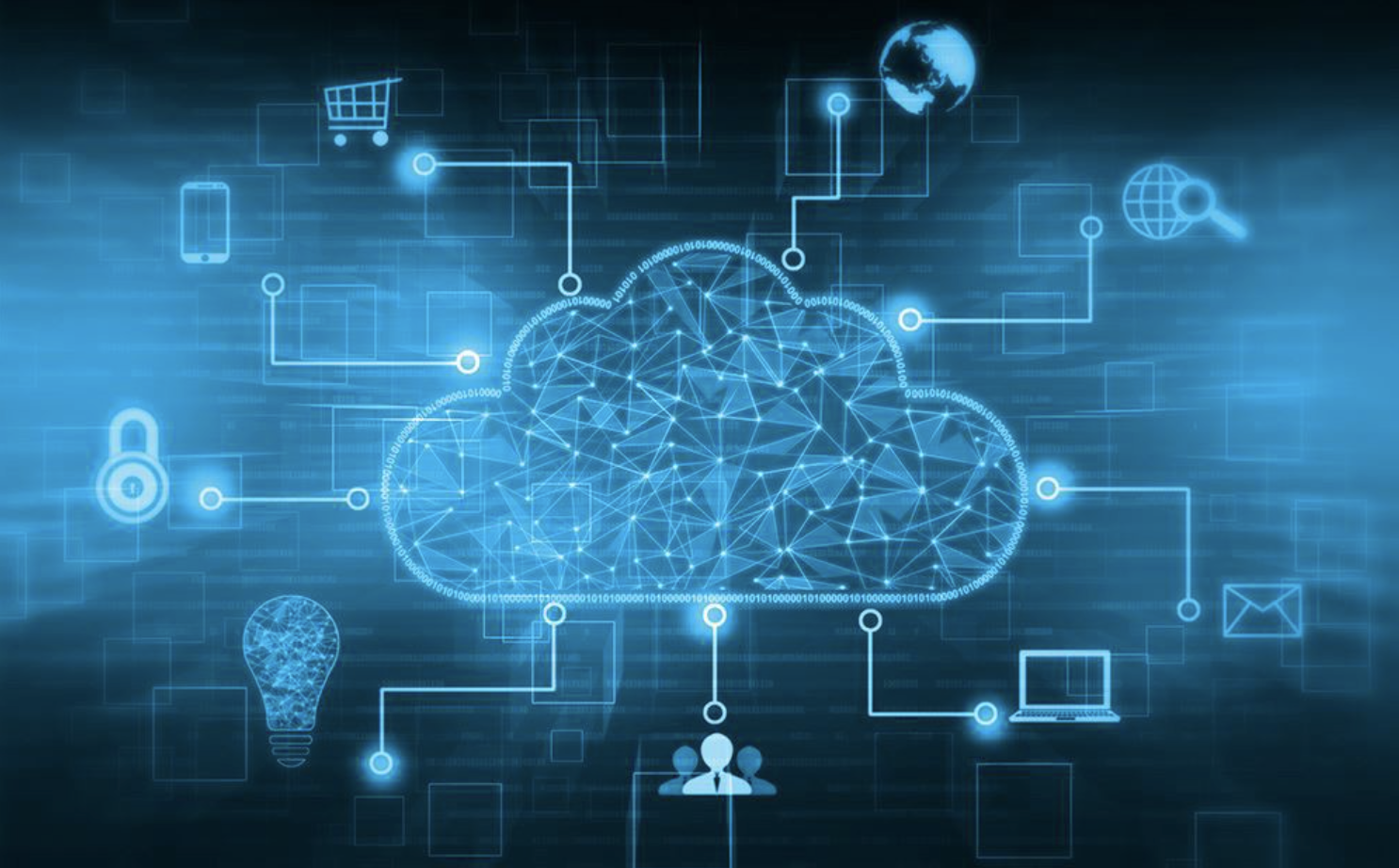 Take Your Next Step.